Dr. Kevin Andry, Director of Bands at St. Michael the Archangel High School in Baton Rouge, Louisiana, is a musician, educator, and a strong role model for students and teachers alike.  Dr. Andry received a Bachelor of Music from Loyola University in New Orleans, LA in 1982, Master’s Degree in Music Performance from Louisiana State University in 1984, and a Ph.D. from Louisiana State University in 1988.  With over 30 years as a teacher in Diocesan high schools, “Doc” keeps a very busy schedule.  In addition to conducting Marching Band, Concert Band, Jazz Ensemble, Percussion Ensemble, Jazz Combos, and Liturgy Ensembles at St. Michael, he also is the Director of Bands at St. Jean Vianney Catholic School.  Doc plays horn in the Baton Rouge Symphony Orchestra (for 34 seasons) and volunteers his time as a music minister for St. Jude Catholic Church for over 30 years.

He is a recent recipient of the NCEA Secondary Schools Department Educational Excellence Award, the Catholic Diocese of Baton Rouge Distinguished Secondary Educator Award and has been recognized as an outstanding educator by the Baton Rouge Symphony Organization. Doc is also an avid kayak fisherman and loves catching fish on his fly rod from his kayak. He chronicles his fishing trips on his kayak fishing blog at www.kevinandry.wordpress.com. He is married to his wonderful wife of 34 years, Lisa, has two terrific children, Danielle and Dustin, and is “Poppie” to the most beautiful and photogenic granddaughter (Hudson Victoria) in the world! 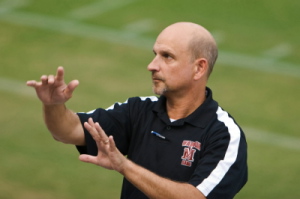 Please prove that you are not a robot.

Powered by WordPress | Hosted by Edublogs | Protected by CloudFlare